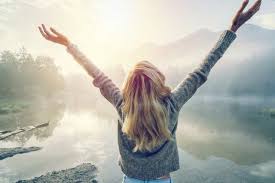 Last fall, when I first moved to Colorado, two COTH missionaries were home visiting and recruiting for short-term summer mission trips to Cambodia. I had been asking the Lord at that time for an opportunity to go on a mission trip, which I’d never done before. I knew people went on mission trips and I wanted to get involved, I just didn’t know how! After they made the announcement at church one Sunday, I thought to myself, I’m going on this trip! Lord, send me!!!! And He did. I had to raise $3,000 to fund the plane ticket and the trip, and not only did God supply, he oversupplied.

So, this past June I went on a 2-week mission trip to Cambodia. Our mission was to share the gospel in villages that had been identified as having NEVER HEARD OF JESUS. So for two weeks, everyday, we’d jump in a van, drive out to the villages, split up into groups with our translators and go house to house sharing Jesus, praying for healing, praying for deliverance, and whatever else the Holy Spirit had in mind. We taught the people how to hold their own church services and we connected them with a local city pastor who we brought with us to the villages to keep track of the new believers and follow up with them!

I had never felt so free and full of joy as I did while I was there. I remember one night walking home from dinner only a few days in feeling the dread of returning home. And I just remember I kept saying to the Lord over and over, “Wow Lord, it would be so amazing if this was my life,” but in reality, I didn’t think it ever could be. I didn’t know why at the time, I just didn’t think it was an option for me. But, over the course of the trip, the desire to do full time missions just began to grow inside of me. And I knew it was a desire He was putting inside me. One night after saying to the Lord again, “Wow, I would just love if this was my life,” He said, “Well, it can be.”

After I heard that, I started asking Holy Spirit to reveal the impossibilities I had in mind that were preventing me from believing this was an option. He had me write down all my fears: I would have to leave my Social Psychology PhD program, which although that would be a huge relief to me (I’d been praying for God to peacefully release me from that commitment for at least a year now) I’d be disappointing a lot of people. First, I’d be letting down my department, my lab, and my advisor, who had financially invested in my training through scholarship and grant funding. Not to mention that I am his first graduate student as a new faculty member. But, most importantly I’d be letting down my parents, who invested so much financially and emotionally into my education and my “success” my whole life. Not to mention that they don’t have the faith we all have. Not only that, but I would have to give up the idea of a stable income and secure job and put all of my trust in the Father to provide. This reminded me of a prophetic word I’d gotten the previous spring which was that God wanted me to know him as Father, my provider.

As I continued to process on the trip, Holy Spirit revealed another fear. I kept questioning whether I was “good enough” at evangelizing to be a missionary. I kept saying to the Lord, “But Lord, I don’t feel like I’m especially gifted in sharing the gospel. I don’t feel like I have a special gift to do this. I feel like missionaries are these special anointed people and I’m not one of them.” After that the desire began to grow even greater, but I felt frustrated because I felt like God had to be the one that put this desire in my heart, but at the same time, I didn’t feel like I had his approval!

Later on one of the co-leaders gave me Matthew 7:7 – “Ask and it will be given to you; seek and you will find; knock and the door will be opened to you.” And that night I got on my knees and wept before God and I confessed the burning desire in my heart to be a sent one to the nations and to do full time missionary work. I laid out my heart before the Father and I asked him to send me. And I told him, that if this wasn’t his will for me, I wouldn’t go. I knew that there were so many fears associated with following this call that I had to know that I know that I know that I know that HE was the one who was sending me and that this was HIS will for my life.

A few days later one of the leaders (a full time missionary that was from China) was asked to share a word of encouragement with our team. He shared on Hebrews 11: the power of bold faith. I remember him talking about how in America, people are encouraged to do what they are good at. That people pursue what they are naturally gifted in. And he started talking about how he wanted to be like the patriarchs of the faith. He didn’t want to pursue what he was good at. He wanted to do something that took faith to pursue. He wanted to do something where if God didn’t show up, he would 100% fail. Something that he had no talent in what so ever where he had to depend on God every step of the way. And he started talking about how he was super shy and evangelism never came naturally to him and to do that, he needs God 100% of the time. He felt like that was pleasing to God and wanted to continue to pursue what he couldn’t do on his own. Through him I knew God was speaking straight to me. He was telling me, “you are qualified because I’ve qualified you.” “You don’t need to be special; you need me. You don’t need a certain gift or quality or way of speech. You need me. I am the gifting.”

While the trip was coming to a close we did what they called a spiritual debrief where they prepared the team to return the states by telling us what kinds of things to expect upon reentry and prayed over us and prophesied over us. One of the leaders shared with me during the prayer time a vision she’d had while praying for me. She saw a pearl being washed in the ocean and purified and refined and she said she believed that over the next year God was going to purify me and prepare me for what was going to be next. And I knew then that God was guiding me to stay in my program for one more year and that he was releasing me after that (I had promised my dad the spring before that I would do one more year of school before I made a decision about leaving).

After I got home I was trying to readjust and wondering if this had all just been a lot of emotions from the mission trip. Maybe I was just carried away in the hype of everything. So I asked God to confirm the call to missions and he was over the top faithful in doing that. First, he did it in my alone time with him. I was praying that if HE was the one sending me, that I would know I had his approval. And he gave me Haggai 2:23: “’On that day, declares the Lord Almighty, ‘I will take you, my servant Zerubbabel son of Shealtiel,’ declares the Lord, ‘and I will make you like my signet ring, for I have chosen you,’ declares the Lord Almighty.” I didn’t know what signet meant so I looked it up and its defined as a small seal, especially one set in a ring, used instead of or with a signature to give authentication to an official document. And I felt like he was saying he was officially signing off, I had his approval.

That Sunday I got home, Pastor Steve preached a message on God’s heart for the nations.  Looking back at my notes from that Sunday, I wrote down Psalm 2:8, “Ask me and I will give you the nations. And the ends of the earth for you possession.” Later that Sunday night I went to Upper Room and they preached out of 1 Samuel 9 and spoke about our purpose. All I remember was the founder of Upper Room preaching about how her and her husband had plans to move to Bethel, but hadn’t told anyone. And right before they were about to go, a couple from church sat them down and read them Amos 5:5: which says, “do not seek Bethel, do not go to Gilgal, do not journey to Beersheba. For Gilgal will surely go into exile, and Bethel will be reduced to nothing.” In other words, seek Bethel and die! And her point was that when you are seeking the Lord with your whole heart, He WILL correct you if you’re going the wrong way.  That gave me peace and I said to the Lord, “Lord, I believe it is your will for me to leave school at the end of the year and go to Overland Missions Training School next August. Please correct me if this is not your will.”

Since then, I’ve gotten two prophetic words from people who know nothing about me. One was that God was sending me to the nations and He was giving me the grace to choose where I wanted to go. The other was that I was called as an evangelist to the nations and he gave me Mark 1:38, “Jesus replied, we have to go to the surrounding villages so that I can give my message to the people there, for that is my mission.”

I am still in awe of what has happened over the past year. But, isn’t just like God to qualify the unqualified. I am so humbled and so honored and so grateful to receive a call to the nations. Its too big for me to even fathom. But, I believe God is calling each of us to dreams too big to fathom. He is calling us to pursue things that are so big, that without him we would surely fail. He is calling us to pursue Him with our whole hearts whatever that looks like. And I know some of you know that the Lord has put a burning desire in your heart to do something. And you are waiting on his approval. You are waiting for the green light. You are saying to the Lord, “Here I am Lord, send me!” And I feel like the Lord is saying over you today Matthew 7:7 – “Ask and it will be given to you; seek and you will find; knock and the door will be opened to you.” He put that desire in your heart for a reason, and if you would only ask, He will gladly open that door. And if you feel like you need the Lord’s approval in private, He’ll approve you in private. If you ask Him to confirm His will for you He is faithful to do it.

I pray for anyone reading this today Father that you’ve called into full time ministry. I pray that they would have the same revelation that you gave me. That they are chosen. Not because of anything they can do, but what you WILL do through an empty vessel who says, “Here I am Lord, send me.”