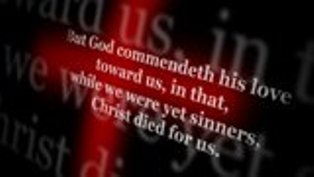 Pledge Principle VII  “I believe every man, woman and child has intrinsic value because they are made in the image of God and that image remains despite circumstance, failure or appearance.”

Boy that sounds good doesn’t it?

The fact is if I’m honest about it I don’t believe this, not from a human perspective or if my thought life was called to testify the evidence would bear against me.  In fact my experience has taught me there are some people that are about as useless as it gets…. Their god is their stomach or the bank balance and their lives are defined by some self serving expression of the dysfunctional self serving self! The list goes on.  How in the world Jesus can I come to value others in accordance with the principle of Pledge principle VII?  I’ve had enemies bent on my destruction (literally), and lets face it all of us have had Christians who are about as dependable as a corroded battery in the dead of winter!  The government seems increasingly run by lunatics and empty promise filled pseudo evangelical politicians who prey on Christian principles wrapped in some package of twenty first century moral relativism.

Are you kidding me God?  I’m supposed to love these people?

I wrestle daily with this principle.  It’s just easier to run around in covert legalism than confront this truth.  I struggle against it emotionally, psychologically and spiritually kicking and screaming.  It never, never goes away…people.  My attitude towards others also is one of those things which reflects the condition of “the heart.”  This week I found myself meditating on Romans 12:14-21 and Matthew 5:38-47 and reluctantly praying “Lord if there is some dark way within me help me deal with it, bring it to light.”  Yeah I know some of you think Jesus wasn’t literally meaning some of that stuff, here he was.   The kingdom of God that Jesus talked about takes place in the context of interpersonal relationships the most important being our relationship with God our Creator, the second is our relationship to others; and the two by the way are inseparable.

In the sixth chapter of the 1st letter of Paul to the Corinthians, written around AD 55 some 3 years after founding the church and close to 20 years experience as a Christian Paul confronts the Corinthian believers about how they interrelate to each other.  Keep in mind the intentional aspect of our discussion, also keep in mind these are church people he’s writing to.

“Or do you not know that the unrighteous will not inherit the kingdom of God? Do not be deceived: neither the sexually immoral, nor idolaters, nor adulterers, nor those who practice homosexuality, nor thieves, nor the greedy, nor drunkards, nor revilers, nor swindlers will inherit the kingdom of God. And such were some of you. But you were washed, you were sanctified, you were justified in the name of the Lord Jesus Christ and by the Spirit of our God.”

That’s quite a list the apostle gives about the members of the Corinthian church.  Why would he remind of their past and where they came from and on the heels of what?  What was Paul addressing?

A five and a half chapter plea to stop treating each other with disdain, contempt, jealousy and a lack of regard that contradicted any semblance of association with Christ.  I’m regrettably ashamed to admit that any one of us can place ourselves somewhere in that list of the Corinthian believer’s former lives.  Paul’s counter point to their disgraceful, (I can’t think of any other word that describes a church or Christians acting this way then or now) is to remind them of what they were before compared to the present.

The pit runs deep for most of us in the “BC life,” (before Christ for those of you less trendy).  Take an authentic minute to remember the old nature prior to meeting Jesus and for most of us it sends a grimace across our face. Thank God (literally) we don’t have to remain there.  Consider Paul’s words, “And such were some of you.” “But you were washed, you were sanctified, you were justified in the name of the Lord Jesus Christ and by the Spirit of our God.”  It’s hard not to notice in his effort to get the Corinthians attention and change their perspective and behavior Paul’s reminds them of what they were like before and what God gave them.  God does the same for us today and I am truly grateful he’s done the same for me also.

Grace reaches pretty deep sometimes and it’s mindboggling.  Those words “washed and sanctified” are the picture of a perfectly spotless presented gift (or sacrifice for you Old Testament buffs) but after God cleaned us up, he then “justified us”  He gave us right standing in His eyes through Christ.  That’s one amazing act of mercy, from the depths of hopelessness to having hope. Paul uses a sobering exhortation to tell the Corinthians Christians, “What are you doing man?”  “Why are you treating each other like refuse?”  Look how far removed you were from God? How rebellious and unlikable you were and God washed you himself and brought you in to fellowship with himself.”  In this verse Paul echo’s one the most defining realties of what it means to be Christian.  It appears Paul’s words come right from Jesus’ teaching from the Sermon of the Mount in Matthew 6:14-15 (not forgetting his personal interactions with Christ Jesus himself) and is reminding us of a foundational truth.  By all means, take a moment to go there, it’s undoubtedly better than anything I could say to convene the necessity of seeing the “intrinsic value” of others.  God saw it.  That’s right in each one of us.  Not because of any potential mind you, I know a lot of Christians these days like to paint a picture they were just a “good man” or “good woman” waiting to get out, but the Bible doesn’t teach that.  What the Bible does teach is that we are made in “His image,” and as such human beings have intrinsic value that the Father took initiative to redeem.

If life’s taught me one thing its this; we don’t arrive at this understanding of others by ourselves!  This move away from being self centered and using others to satisfy our own needs,our lack of security or personal ambition, or dismissing others relevance when circumstances intrude upon us takes place supernaturally.  It’s a characteristic of God humans seldom demonstrate; committed self sacrificial love.  A parent may jump in front of a vehicle to save a child, a soldier may dive on an explosive to save comrades but it was God who did it anyway when he knew the car would be coming of where the explosive would be planted and he went out on our behalf knowing it would cost him his own precious life.  That’s the difference between human altruism and the love of God.

Really?  Yes, really. And that’s why we treat others with value believing in their intrinsic value as seen and perceived by God.

I don’t know about you.  I still have a hard time showing grace to others and even less so forgiveness for someone who have deliberately or without remorse plotted or concocted some catastrophe in a way the end result landed hard on me.  I’m still a work in progress, but Pledge Principle VII keeps me from succumbing to the deadening effects of bitterness and diminishment.  I’ve come to realize that “unsettling” presence within me when others who are made in God’s image become vehicles to my desires or entrenched representations of worthlessness that “the uncomfortable feeling” is the presence of the one who didn’t jump in front of a car for me but instead placed his body willingly on a cross and took the penalty of my just sentence nail by nail, blow by blow because I was made in His image, not because of anything I did or would do in the future.

I think I can take more time to consider others.  That’s not human, it’s a God thing.