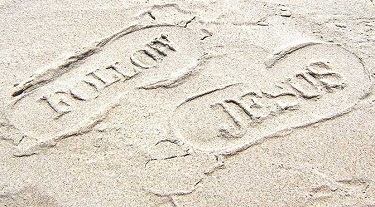 Over the last year at SFC we have been hard pressed to come to an understanding of this concept called discipleship.  Be ready to have the mold broken as I think I can promise over the next few publications myself and co-writer Andy Yang will be sharing some thoughts we hope will change your relationship with everything and everyone, because whether we know it or not, that’s what discipleship does!

One of the most common misconceptions of discipleship in the Christian faith, is it started with Jesus.  It didn’t. Discipleship has been around for a long time.  Plato had disciples, Socrates had disciples, Hinduism, Buddhism and even the Hebrew Prophets such as Moses and Elijah had disciples. So, when Jesus came along he was continuing and ancient practice (although what would be in its purest form) that’s if you believe Jesus was who he says he was…the Son of God.

So, let’s take a look and see if there’s a framework used by Jesus to create disciples that serves as a principle that transcends the culture and time of his physical presence of earth.  Did he leave us a legacy on the issue? There is in fact.  Jesus gives us the answer at the end of the Gospel of Matthew, the 28th chapter at verse 20 when he says.

“All authority has been given me in heaven and on earth.  Go therefore and make disciples of all nations, baptizing them in the name of the Father, the Son and The Holy Spirit teaching them to obey everything I have taught you, and surely I am with you until the end of the age.”

This is a unique command by Jesus.  A master commissioning his followers to “carry on the cause” in any wisdom religion was a sign the master considered their followers capable of performing the job of the master.  Hold on to that, It’s important.  It sets an important premise for understanding discipleship. Jesus never asks a follower to do something they’re not capable of and Jesus claims despite in the face of anything, he is with His disciples.  That’s unlike any other earthly spiritual master or guru. None never claimed to be with their followers in presence eternally.

A strategy or goal equaling transformation:

The disciples were first and foremost called by Jesus.  They did not choose him, or choose to be his disciples.  How do we know this?  Jesus tells us this. “You did not choose me, I chose you…”  Keep in mind Jesus circle of followers included not only the twelve, but certainly at least 70 others who were commissioned for ministry (See Luke 10) and a combination of men and women who identified as his “followers.”  But for our purpose we will focus on the 12 or Jesus “first circle” disciples to get a grasp of what pragmatic discipleship entails.

Time and personal investment….and a lot of it.

In a day and age of flippant religious commitments Jesus broke the mold.  Jesus invested tremendous amounts of time in the men who were closest to him.  They lived together, slept together, ate together suffered together and travelled everywhere together.  Combined with the issue of proximity to each other was the issue of time.  The disciples didn’t become a finished product overnight, if we can use that term, until roughly three years, give or take some time had passed.  I cringe today at the numbers of professing Jesus followers who claim how clear they are on what Jesus wants them to do right after falling off the spiritual turnip truck!  Even worse are those who launch into “callings” when they haven’t the personal discipline to practice daily Bible reading beyond 15 minutes! Don’t expect kingdom results with no devotional time or no prayer life by the way.  You may get results, but there not of the kingdom. These practices reveal whether the heart has responded to the call of Christ in thankfulness verses presumption.  So, what’s up with this nearly three years with Jesus spent by his disciples?  Why was that necessary?  It’s quite simple, the disciples were learning from their spiritual master, the very Son of God during this time.  They were in fact being transformed by his presence, his teachings and his impact on their lives.

Transformation…. Disciples are constantly in the process of transforming personally and inter-relationally.

Please don’t miss that point.  The disciples got to know each other well.  Who wouldn’t after camping out twenty-four seven with a group of people you cooked, ate, learned and ministered together?  Jesus posed some of his greatest questions to the disciples as a group not as individuals.  “Who do people say that I am?” Who do you say that I am? (when Peter confessed Jesus as the Messiah in Matthew 16), or “You feed them” when the five thousand are fed in John 6.  Who was the Sermon on the Mount conveyed to?  His disciples, and consider Jesus collectively addresses them as the “salt of the earth” and the light of the world.”  All along the way, before we see their commission, we witness a group of humans who have tremendous moments of ministry while, bartering for Jesus favored job positions, (James and John in Mark 10), diminishing children (Matthew 19) and repeatedly requesting Jesus clarify something he just said as a group request (The parable of the sower, the parable of the harvest, the second coming and its impact etc.)  For three years we see the interaction with Jesus transforming their perceptions, their worldviews, their passions and their priorities

And it is all conducted, over time, in an intimate group through Jesus who had a perfect intent and perfect purpose.  He had to remember, Jesus was the Son of God.  Jesus intent by the way was to turn these men into his disciples.  Jesus, who does nothing happenstance, implemented a strategy with a goal.  He would teach them, and model for them in intimate proximity to himself and with each other, how to be “like himself.”  He would accomplish this through the purposeful strategy of having them walk the journey with him, together so they would love him, learn to love each other (John 13:34) and then they would be ready to love the world.  There’s one to underline, if we think we can short cut the process of getting to know Jesus intimately and love the world and others the way he did…the way he commanded us…we are greatly mistaken.  No wonder the church which is supposed to reflect Jesus is filled with so much pompous bullying and manipulation amongst its leadership!  John, probably one of the twelve closest to Jesus communicates how this lesson was learned personally when years later he wrote “For anyone who does not love his brother whom he has seen, cannot love God whom he has not seen, for we have this command from him whoever loves God must love his brother as well…”  First John 4:20-21.  Now’s there’s another litmus test.  Our spiritual growth in Christ is determined by how we love each other period.  No disciple can learn to love others in isolation.  Nor can we (as modelled by the Gospels) bypass the process of being transformed into loving others.  It takes time, it takes painful humility, and it takes more than anything else intimacy only found in the presence and Spirit of Jesus.  The practical irrefutable yet often ignored aspect of this component of discipleship is evidenced by the number of solo Christians (or those who profess Christ) residing by themselves or those who within the church substitute programs, pilgrimages or pop culture ideas for what Jesus modelled.

So, here’s a question for us to ask ourselves.  How have we been doing walking with Jesus and being painfully transformed by him like the first disciples?  I’d be willing to bet in the current climate of “free grace” there’s those reading this who may never have walked with him.  Instead, they walked with the church, or its rituals or maybe had great relational encounters with others in a religious environment but still haven’t walked with Jesus.

We are always pressed as followers of Jesus, as disciples, to keep pressing into the intimacy of relationship with Jesus to seek his will.  To ask him what to pray for, and as some friends of mine recently said: “To be willing to be willing.”

Transformational surrender. “Follow me” Jesus says to Peter in John 21; (that was the second time he said that to Peter by the way).

With Jesus who repeatedly referred to his relationship with the church as a “bride and her husband,” anything less is a marriage with a pre-nuptial agreement.  That type of half-hearted commitment may work well in the world of human brokenness but it’s not discipleship. That conviction may sting, but let’s separate following Jesus from any other relationship.  How about if we take a look at how Jesus felt about following him.

“No one who puts a hand to the plow and looks back is fit for service in the kingdom of God” Luke 9:62. That statement, by the way was after Luke records three different times men came up to Jesus laying conditions on how they would agree to follow him.  We may be sold a relationship with Jesus that appears like a fantastic alternative to the way we are doing or experiencing life now by whatever or whoever sells the message, but if it’s without unconditional surrender, which is different than unconditional perfection…

J.P. Grier is the founder and writer at SentinelforChrist.com – A network of Christians helping each other to press deeper in Christ.