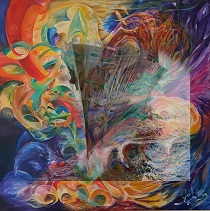 Getting Out of The Boat

When Stepping Out Becomes Following – Part 1

Miracles in our lives can be like that. Well they are for me and there is lots of evidence in the scriptures that the disciples experienced this finding reality hard to grasp as miracles happened around them. The more they happen the more they seemed real, but they were real the first time.

Experiencing the reality of the miraculous

Three months ago, I was given the opportunity to be involved in ministering in a healing line and was praying for people as they lined up for the Evangelist to pray for them. After encouraging a lady to press in and me praying for her four times she was healed. I could go into the dynamics of what I said, how I said it and what I was thinking but the reality was she received a miracle. Did it seem real? The answer is no, well kind of. Did I feel qualified? Again, the answer is no, well kind of. What qualifies us to perform miracles? The answer is when we step out and recognize He, Jesus is there with us, qualifying us.

Just last Friday I was out with my daughter shopping when I overheard someone say to the man at the till, “Is it arthritis?” This question stirred up in me the opportunity to go pray, or release heaven. Did I feel qualified? Did I know for sure God was asking me to go? The answer to both these questions is the same, no, well kind of. No, I didn’t know, but I know there isn’t arthritis in heaven and that God wants to give us heaven on earth so I stepped out, walked over, asked if I could pray and if I could lay hands on him, declared the power and authority of Jesus and asked him to stand.

He wants to give us more

Knowing God wants to give us more than just healed bodies I asked him if he knew Jesus. He said, “Well I’m a Catholic.” To this I found myself saying, “Well then, your God has healed you.” It was only after this I realized the dynamic of that statement. The reality of the unity in Christ.

This second miracle had a more tangible feeling to it. This also has helped to bring a greater reality to the first one as well. Where the first one was in church and orchestrated by a ministry situation, the second one was normal life with me just stepping out.

What conclusions can be concluded?

In the light of these miracles the reality is that they wouldn’t of happened if nobody did anything, and I wouldn’t of done anything without hearing testimonies and teaching of miracles in relation to God’s kingdom.

So now what? What conclusions then can be concluded as to what is possible?

What can be concluded from Jesus’s responses? What is he saying is possible and why?

How did my events happen?

In the first of the healing miracles I experienced, there was a reality that others had orchestrated events to make a situation where people would be invited to come for prayer. These events were not something I organized, but I responded to them. This organizing of situations of invitation for God’s kingdom to come and overcome sickness is a great way to support God’s Kingdom to come to earth. People are invited to have an encounter with heaven and through agreement and co-laboring see victory over sin and death.

In between these two events I was invited to go to the Isle of Bute and minister here in Scotland. Feeling really challenged to step out of the boat. I find it easier to go for it when others start something it, but quite nervous when I’m feeling like I’m to be a pioneer of something.

The reality is that something was already happening, and God wants us to join with Him outside the boat. The focus isn’t the walking on the water or the sinking but the experience building faith. Stepping out of the boat changes things in us that can’t happen if we stay in the boat.

Life in the boat

There seems to be a holy hunger for more and dissatisfaction of not experiencing faith events in the boat. In experiencing this hunger, we are being drawn to walk with Him outside the boat. If we wait for Him to pull us out of the boat faith building moments won’t happen. Without faith we cannot please God (Hebrews 11:6). Love is expressed through risk and hope. This stepping out isn’t usually clear but one where you wonder if it’s Him and ask Him to say “come,” and then you step out. Knowing we are loved and focusing on this reality of being loved instead of expecting disappointment, this is what will draw us out of the boat. Peter was the one who pioneered the idea to join Jesus on the water. He was also the one who set out the fleece of just say come and I’ll step out.

What happens out of the boat?

The reality is that Jesus responded with “Come”. He was already out there. There was a reality dawning in Peter that Jesus was inviting him into God’s world of miracles. In this new reality, anything Jesus was doing, God was inviting anyone who believed in Him to do the same. The kingdom of God was at hand.

Peter was drawing conclusions by the things Jesus said and did that gave him that stirred the confidence to ask Jesus to say to him to come. More than this, Peter was realizing whatever Jesus said could be acted upon with confidence because he was trustworthy.

Back to Bute Island

Let’s Go back to the Bute Island trip story.

Sooz (my wife) and I were to be taking the evening service.

On the Monday before going, I woke to a dream/vision. I saw a burning coal, small like an ember. If left alone it looked like it would go out. Then I saw the church consumed with fire that brings life.

I knew the ember needs dry fuel placed around it and fanned into flame, not too much dry fuel or it will choke the fanning and be smothered. With the fuel the coal needs breath blowing. Again, not too much at first, don’t want to blow it out.

As the coal ignites the fuel around it, then the dry fuel around that, it can handle increased fanning without quenching the burning coal.

What if there were just one stick along with the dry sticks that was soaked in wet fuel? What if instead of breath we came with a baptism of fire? Oh, how that would change the situation completely!

With this dream and scripture, I had a greater confidence of what God wanted to do.

So, with word in Hand I stepped up to preach and found myself completely lost in my notes, so I put down my note and just began to speak and pray.

After the evening I felt totally unequipped to successfully communicate what God wanted to do in a way that effectively captures people’s hearts. I then went back to my friend’s house where I was staying and had a pity party.  Thankfully my friend shared things with me that brought such encouragement. She shared about how God used the chats we had over the weekend, how the neighbors were affected by my loud singing as I prepared for worship and other stuff. This was well needed as before this I was feeling useless and unqualified.

Sometimes we can draw the wrong conclusions about events. Remember this happened just before the man getting healed in the shop.

Now let’s look at what happened after the man got healed in the shop. The man in the shop is called Pat. After God healed Pat there was a reality that God wanted this reality of His kingdom authority in us overcoming sickness to transform Scotland as a spiritual greater reality. With this in mind I shared this testimony on different messaging groups. One of these groups were the elders at church.  The Sunday after this I went and asked one of the pastors if I could share a testimony. As they are in the elder’s messaging group I was aware that he would have a pretty good idea of the testimony I would share. As the meeting went on I was informed I could do it at the end. Again, I knew that God didn’t just want me to share the testimony about Pat but was inviting us all to step out of the boat and see His kingdom come. With this in mind, and that the sermon preceding was all about believers having authority and healing the sick. I shared my testimony and invited those who wanted to step out and desired God to reveal to them a greater measure of this reality of authority and His Kingdom to stand up.

At this almost everyone in the church stood up!

There enough evidence reporting increased confidence and reduced intimidation being taken away through testimony and invitation. This wasn’t like the time at Bute, yet the two occurrences are connected. Events in our lives that involve sinking aren’t failures but building blocks of relationship that build trust and experience.

So here are some conclusions I have begone to draw from these resent events:

What is God inviting us into?

One of the obvious conclusions is that there is an amazing reality offered by God that we haven’t been walking in. This conclusion draws us to the question of why haven’t we been aware of the full reality of what’s being offered and how can we support this change?

We will talk about some possible steps to making this reality that God offers clearer, and how to organize events to practice our faith (walk in this reality), stepping out in greater boldness and the reality of God’s Kingdom in every step of the way over the next parts to this post.

Let us walk together, sharing His joy.

John Drummond is a free-lance artist and a guest writer for Sentinel For Christ.  John uses his prophetic gifts to exhort the body of Christ through art and exhortation.  You can catch more of John’s art and writing at http://www.anarkinadesert.com/.  You can fellowship with John at Leith Baptist Church in Edinburgh, Scotland.

If you would like to know more about how you can have a personal relationship with God through his Son Jesus Christ, contact Leith Baptist Church at: