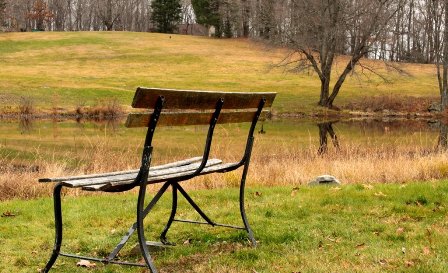 This month I said good bye to a pastor that was instrumental in my faith recovery although I doubt he really knew it, as his influence was more indirect than direct.  Probably one of the reasons was Scott’s Nickell’s dad is one of my closest friends in Colorado, his name by the way is Gary.  Since Gary and Scott are too modest to tell this story, I will on their behalf so those of us affected by their legacy and ministry can express our thanks.

The story really starts from the generally unfortunate reality of how the church, yes, the whole Christian professing church handles the issue of divorce so badly.  Scott and Gary Nickell’s legacy is one that turns the concepts and assumptions about divorce on its ear.  You see Scott’s dad, was divorced from Scott’s mom at the time Scott was very young long before Scott ever conceived becoming a pastor.  You can say Scott as a pastor has firsthand experience in the arena of how family breakdowns penetrate everything and everyone surrounding them.  One of the things I appreciated about Scott’s ministry was he was unabashed about sharing about the ugly part of his legacy and how it affected him.  His dad as well was very transparent and open to discussing the circumstances with me as a friend and publicly with others.  Both of these men tremendously touched the lives of countless folks who attended Flatirons Community Church in Lafayette Colorado for nigh a decade.  Recognizing how poorly the church “does divorce,” Scott and Gary provided an atmosphere at our church where the issue could be discussed in a way that allowed people affected by divorce who were trying to find God in its aftermath or reconstruct their faith, find comrades and perhaps themselves through some very difficult times.

I was in the aftermath of my own divorce that I walked into our church and stumbled into the atmosphere these two men had set up. Their efforts reached those who were hurting and provided hope and even more important, a reprieve from the shame by reminding us that God embraces all of us regardless of our circumstance and never discards anyone from the possibility of fulfilling his vision for lives, yes even after divorce.

Now let me share after ministering in Christian churches for near three decades now that was the first time I has ever heard that message conveyed.  Most Christians who experienced divorce were regulated to the Wednesday support group at the back of the church where you maintained folks in “spiritual triage” indefinitely.  Divorced Christians or those who divorced period were and still are in many circles considered “damaged goods” and “disqualified” from most ministries.  This is an unfortunate reality of the church with a twofold origin.  First being the church treats the divorced in a diminished capacity and those who have been divorced are all too willing to throw in the towel and forget that the God of the Christian faith is one who builds legacies and repairs lives.  He’s not creating sideliners although if we want to remain there he will let us.

Well Pastor Scott, whether he knew it or not became a voice for those caught by the fallout of a failed marriage and one of the few pastors I have ever met that treated this family with dignity.  A lot of pastors attempt to do this but I’m afraid the tools of my trade have honed the scent of condescension.  I truly wish more pastors would read that sentence over a few times and let it sink in.

Over the time Scott and Gary Nickell were at Flatirons Church, they touched hundreds of folks who were affected by divorce.  I would know as the open door of freedom and acceptance I received from their authenticity provided the atmosphere God needed to reconstruct my thinking as well as my faith which would become the current ministry of Sentinel For Christ.

Scott and Gary’s impact didn’t start simply because they experienced the reality of divorce.  It started as over time the adults involved in their family, did the hard work of forgiving and owning up to their own limitations as part of their faith journey.  Christ became the corner stone that confronted each one of them in the unique way God does with all of us when he wants to turn something disorderly or ugly into something different perhaps beautiful.  You see God, is in the business as previously mentioned of rebuilding broken lives.  One of my favorite verses from the Psalms reads “God is near the broken hearted, and saves those crushed in spirit” Psalm 34:18.  But when God grabs ahold of the lives of a family and starts to rebuild what is broken he can develop something beautiful, a new legacy.  It’s no wonder the Christian faith is so often referred to as “the new life.”

I think sometimes while we are looking for God to show up we miss him when he shows up in the presence of those who have suffered and recovered as grace unfolds in their own lives.  We Christians are so bad at suffering, although we certainly talk a lot about it!  Most of us avoid those traversing it as we don’t know how to handle it as it has a nasty way of reminding us about the uncontrollable nature of life which of course reminds us of our dependence on God. We avoid it like the plague not realizing it’s through the crucible of suffering we actually continue to “do our share in filling up what is lacking in Christs afflictions.”  It’s through the refinement of our lives, often in the forge of adversity that Christians experience a supernatural peace and become useful to the Kingdom.  They become battle hardened, not callous, but useful for reaching out to others with the comfort they have received through their own adversities.

One of the most sobering and humbling realities of the faith we carry is that God requires us to be open regarding our own limitations and liabilities as this is the way others can realize the work of God in our lives that transforms us.  This is a spiritual reality handled very poorly by the church in general as we have confused being light and transformation into something non- authentic which resembles something more like “absence of personal problems.” You see we cannot understand the transformation of anything unless we understand what it was transformed from.  Pastor Scott and his father Gary, chose to reveal and share their lives while ministering at our church and the church was better off because of it.  Especially those wounded Christians who became entangled in the breakup of a family and like me came stumbling into the church after wandering around in a spiritual haze looking for acceptance and truth spoken in love.  There is no doubt whatsoever in my mind the idea and vision of what has become Sentinel For Christ was formed by the willingness of the Nickell family in its entirety to reach out and embrace wounded Christians.  Many times Gary and myself sat and listened intently to each other which allowed God to manifest in the form of a commonly shared faith.  That by the way is a long winded phrase for something that’s been around for a long time in the church….discipleship.

Those of us who have experienced divorce or one of the personal tragedies that has something of a self-inflicted nature about it, really must confront what we believe about the nature of God, what he’s capable of and where he intends to take us.  That’s really a challenge to ask ourselves if we are intent on seeking his intent?  If we let others or ourselves for that matter, define our potential we have missed the gist of Jesus, his purpose and mission in a major way.  There may be a time of recovery of course from life’s mistakes, and we may be compelled to act responsibly and make remedy when our lives became a wrecking ball that landed on ourselves, our kids and family but consider some of the most memorable persons from the Bible, are hardly the run of the mill group of Boy Scouts or summa cum laude scholars!  More often than not, they were individuals with major personality issues and messed up personal lives disastrous family dynamics and at the time God caught ahold of them completely oblivious to the notion God had a plan for their life that involved the brokenness they suffered, and created, because God, (who’s a big God by the way) can see the future and knows how to make good things out of what’s broken.

I’m thankful that in one particular season in my life, an authentic pastor and his dad decided that their experience as a family of divorce was never meant to be shoved under the rug but an integral part of their ministry to the church.   I’m pretty sure I represent more people than they know that would express the same sentiment.

The beauty and fruit of the concept of discipleship is that we grow in parallel relation to each other as we drop our guard and trust that God shows up in the midst of us to seek his will. (Matthew 18:20) and, reveals himself as we serve another in a trusting encouraging atmosphere.  These are inclusive, transparent relationships where God does the work of transforming us by inter-relational support for one another.  Make no mistake, People don’t grow (or heal) in isolation… they grow in community.  While God’s was confirming that serving others in any capacity involved the reality of “visible transgressions in my own life” I was able to see and experience how it becomes powerful authentic spiritual support for others, and nourishes the self.  Who in their right mind in this world succumbs to this type of thinking? How many managers inspire those under their care through the exposure of their own limitations?  Few I’ve met.  But the business of the church is about getting a hold of messy people, and transforming them into the image of Jesus.  When that image becomes apparent to others who knew how dull the rock was historically, then we have our greatest impact.

J.P. Grier is the founder and writer at SentinelforChrist.com – A network of Christians helping each other to press deeper in Christ.