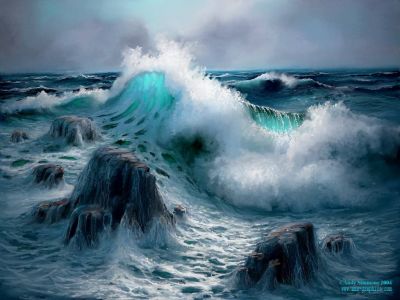 Is it possible to be thankful and anxious?

Philippians 4:6-7 Be anxious for nothing, but in everything by prayer and supplication with thanksgiving let your requests be made known to God, and the peace of God which passes all understanding shall guard your heart and mind in Christ Jesus

This verse is often used and a great comfort to anyone on the receiving end of a battering from life, but the beauty of it is in the scope of what it is being communicated. For a long time I pondered this verse as a call to not be anxious. While that can be a take away of the verse I think the press of the message is a little deeper. Remember who’s writing it, Paul who after reading his autobiography in 2nd Corinthians 11 was a man who knew the storms of life. After all it was the same Paul who writes “be anxious for nothing, but in all things. by prayer and supplication…” who lived the life of 2nd Corinthians 11! I would point out that on the five occasions he received the 39 lashes (which killed many of its victims the first occasion) Paul was experiencing the full force of the actual pain of the ordeal! I doubt f he was saying “What are you trying to do tickle me?” The Lord Jesus himself told his disciples the night of his arrest, “Sit here and wait with me, my soul is troubled to the point of death.” It would be hardly credible to use this verse to advocate for not being anxious in life sometimes or sad when under the pain of a life storm.

What is being conveyed in the words…. “Be anxious for nothing…” is Paul encouraging us to not “be” in the present tense, or remaining in a state of perpetual anxiety driven by the worries of life. The man of 2nd Corinthians 11 is saying to us “You don’t have to live as a prisoner of anxiety and fear.” But the charge isn’t left out there hanging like cheap advice. Paul’s call to avoid anxiety comes with a price, it goes hand in hand with bringing everything to God in prayer. Paul is talking about a life that seeks, contemplates and reminds itself of the God who is big enough and engaged enough to handle life’s problems. Confronting anxiety and the pressure of life is met by the life that seeks, contemplates and communes with God in prayer. Paul isn’t calling exclusively to verbal interchange with God either. That would leave us thinking what was presented here was “verbal prayer with God over everything” which would leave us babbling lunatics trying to cover life’s pain with word like band aids on a hemorrhage. No the Bible makes it perfectly clear that the heart that is in communion with God prays in the Spirit as well, without words in fact, as our communion with God is maintained and supported by the Spirit of God who intercedes for us as we don’t even know how to pray with “groanings to deep for words” (Romans 8:26-27). Rest assured this communion with God meant to counter the anxiety of life was a mind contemplating who it was the request was made of in the confidence God heard the prayer, and even intercedes personally for our prayers as He knows sometimes the pain of life is overwhelming. Perhaps if we started selling this idea of communicating with God we would offer a little more hope as opposed to quick fixes! All of can relate to there’s nothing worse than a Bible verse or a platitude used at the wrong time in the wrong manner!

Our verse shares one other important word though in its call of response. It’s says “with thankfulness” This one word over the course of history has at times been sadly mistaken to sell the idea of being thankful again for the wrong event. The “thankfulness” meant here is thankfulness towards a God large enough to handle our problems so we’re not left facing them alone! Again we go back to our beloved Paul. If he truly was thankful for all the “literal pain” then why did he turn to the Roman torturer in Acts 23: 25 and avoid one more lashing by appealing to his citizenship? Let’s not use and attitude of thankfulness as some misplaced idea of suffering for our faith when it’s unnecessary! The very verse we’re digging into is meant to promote peace, not a self imposed martyr complex! No the thankfulness mentioned by Paul is the same thankfulness referenced by Jesus Himself in Matthew 5:11-12. It’s the inner peace that passes understanding in a life that understands the kindness, the compassion and the mercy of the Creator who sustains it and who holds his sons and daughters in His hands. It’s the life that can look at the difficulties in the present, size them up against the future and remain thankful as the future promises something so incredible, so amazing it would not our socks off and that today’s difficulties, while tough, are manageable and bearable. That’s bringing it all to God in everything with thanksgiving and it’s a spiritual principle that is a pearl of great price as it promotes a peace, that will pass all understanding.