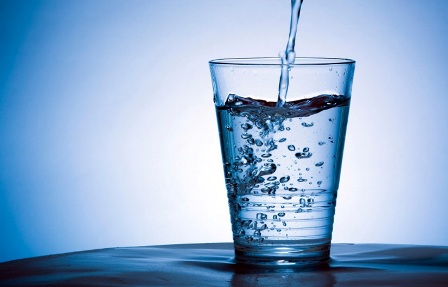 The Cup of Water

One of the areas that presents more questions than answers for Christians is this issue of works.  I was a very unhealthy overachiever for most of my professional career. Really, by my mid thirties I had broken free of working “for the man” had my own 501 C-3 wrote federal grants, and enjoyed a pretty good run as a non-profit director and professional consultant.  Like some runaway control freak always seeking the next challenge or next hurdle to overcome, I spent a lot of time deriving my personal bliss from my own accomplishments.  By the way it had its cost, and it was not a pretty picture.

I also know what it’s like to attend a spectacular church (in fact ours is one of the fastest growing top 10 non-denominational churches in the country)  We got a program for everything, I mean everything and if one would use the measuring rod of impressive impactful programs my church could arguably be categorized as “second to none.”  This type of ministerial impact isn’t without a cost as well mind you.  The prevailing question always at the leadership level must be “Are we making impact where it counts?”

Now despite realizing my self serving need for accomplishments and accolades (as well as the negative fallout from my personality quirks) I was and still am to some extent the type of guy that needed to “see results” for the fruit of my labor.  Results make me feel a sense of pride, and reinforces my emotional need for having “intrinsic value.”  It can be argued this is a universal truth for all of us.  When we can see the results of our effort, we experience a sense of value and affirmation. It’s an important part of life.  And for those who follow Christ it’s an important part of the kingdom of God as well.  What? You say?  “Are you starting to advocate for a works based faith?”

Yes and no, but really I’m talking about quality over quantity, (not that quantities a bad thing always).

Recently I read a book by David Wilkerson (He’s the guy who wrote “The Prayer of Jabez”) which had me thinking about how many times Jesus addresses the issues of “rewards” in his messages, and what specifically rewards are in reference too. Of course when Jesus uses the word it’s associated with the type of works Jesus values.  As I dove into the book and more importantly verified its sections of scripture as applicable to the discussion an obvious oversight began to appear in my own faith journey.  Here was the list in the book with some editing on my part.  It reveals the things God considers important and how our participation (or lack thereof impacts rewards).

5.  God will reward you for the sacrifices made on behalf of his name.  Luke 6:35

6. God will reward you for sharing our time, talents and yes our treasure (money) for the advancement of his intent and kingdom. Matthew 6:3-4, 1st Timothy 6: 18-19.

The one thing glaringly absent from the list though is God won’t reward us for things that appear of value to us, it’s the things that have value to Him.

God will do this because he loves us and eagerly desires to take care of us, (Luke 13:34), and even the smallest things don’t escape his eye but he will reward us affectionately because he is also just “and a rewarder to those who earnestly seek him.” Hebrews 11:6

Under that spiritual principle then my actions if they are to have any value in the eyes of Jesus must be pursued in the context of seeking him earnestly, honestly and as a disciple.  This is how the cup of water has value in the Kingdom of God as it can stem from a response of personal grace to interpersonal grace.  I seek God enough, probably too much from the position of self will, intellectualism and pride in my “own power.”

You’ve probably heard of Dwight L Moody.  He was pretty much the “point guy” for Christianity for the last half of the 19th century.  In his memoirs he shares how his eyes where opened very early in his faith about this issue of quality verses quantity in the work of the Kingdom  (again not that quantity is a bad thing mind you!)  After his conversion D.L. Moody was compelled, so much that he would go out into the streets of Chicago and passionately convince young men to attend church.  He was very effective at bringing them in and “let others tell them the gospel.”  He started a Sunday School as well and he would fill it up each Sunday with 1000 to 1200 people. In his own words D.L. Moody reflected on the time:

“I thought numbers were everything so I worked for numbers. When the attendance ran below 1000 it troubled me… when it ran 1200 to 1500 I was elated.  Still none were converted, there was no harvest, then God opened my eyes…”

The event that changed D.L. Moody’s life involved a favor towards a Sunday School teacher in his church who asked Moody one day to take his place as the teacher as he was gravely ill.  Moody found himself in a class full of adolescent girls who he described as “Some of the most frivolous girls I ever met!”  Not only did they laugh in Moody’s face they left him so upset he wanted to rid the church of the lot of them!  The following week the teacher who asked the favor visited Moody at work to tell him he had to leave the Chicago climate due to his illness, in the ensuing discussion the teacher shared with Moody his sadness at never leading one of his Sunday School girls to Christ.   In fact the teacher though he’d done more harm than good.

Moody was shaken by the words as he never heard a Christian admit this type of defeat before; pausing to think he suggested the teacher go and tell the girls exactly how he felt and Moody offered to accompany him.  One by one the teacher and Moody went to each of the girls houses, the teacher sharing their need for Christ asking Moody to pray. One by one the girls who were visited over the week chose the way of life, no sarcasm, no defiance, just them Christ and their Sunday School teacher and a young D.L Moody who never forgot the incident. Ten days later when the teacher got on the train to leave due to his rapidly failing health Moody described that with no prearrangement one by one, each of the girls led to Christ by the passing teacher and Moody arrived at the train station to say good bye to him to whom they owed their new life.

The night before the teacher left, Moody called together the class for a pray service with the teacher, (we use to have those “pray services” more in the church) and Moody recounted “There God kindled a fire in my soul that has never gone out, the height of my ambition was to be a successful businessman, and if I had known that meeting was going to take that ambition out of me, I might not of gone.” The teacher read the 14th chapter of John to his class that night, he was dying and knew the time for him was short.

I thought as I read the tale as told my Moody “How interesting the teacher chose the 14th chapter of John?”  A group of ambitious men two thousand years before were taken to task by their teacher.   They were caught in an argument as to which one of them was the most effective, the most significant, the most who could contribute to the “work of new Kingdom” Jesus was talking about.  Understanding their misconceptions and their misunderstanding of what “church and discipleship” would look like, Jesus, stood up, wrapped a towel around himself and washed their feet. They were shocked.  Jesus commented:

Everyone wants to be noticed, to be received and frankly to be a little bit above his brother or sister by position or by proximity to perceived power.  My how we crave the attention of our pastors these days! But few of us naturally embrace the role of the servant, the role of the disciple. (bear in mind the misguided request of James and John in Matthew 20)!

This is why the Lord shared that a cup of water given in his name will be rewarded, not because it has any specific value but because it has value when it is given in His name, without pretense, without contrived presentation.  How desperately the world needs disciples today!  Is our faith centering and being drawn into discipleship with a personal Christ or is it Christian pretense which in effect is the white washed tomb Jesus spoke of?  Is it Christian softball hiding behind the slogan of “lifestyle evangelism” which assumes a life moderately cleaner than our neighbors is somehow illuminating Christ?  Even an evil man who keeps his nose clean can appear righteous before his neighbor! I would hope my concern for others would pull me out of the comfort zone.  D.L. Moody realized it wasn’t his job to drag other to church to have others tell them the Gospel.  He realized and lived out a life that brought the gospel out of the church to the world one cup of water at a time.

Authenticity… is a hard practice and even harder commodity to come by these days.  We may be able to fool others with a form of “Christian veneer,” but the Lord knows the heart. Jeremiah 17: 10

“Father help us in the quiet hour to sit with you at your feet and desire discipleship.”  “Quiet our hearts to hear your voice, sense your presence, and worship in Spirit.”

J.P Grier is a writer and developer at SentinelforChrist com – Sentinel-For-Christ is a network of Christian men helping each other to press deeper in Christ.