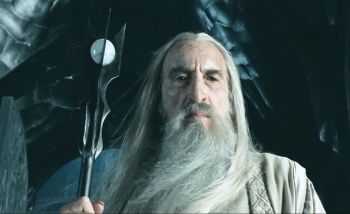 Entitlement surprisingly enough is alive and well in the faith. Not in the sense that we will inherit the kingdom of God but in the sense its one of the most difficult sinful behaviors to detect and deal with. Again the “apple doesn’t fall to far from the tree” in this installment of our blog and I want to hone in on one particular path of entitlement that leads to sin or an expression or behavior that is “antichrist” is you’ve read any of the blogs before. I found that the term sin seems to leave some of you with an old fashioned notion so using anti-Christ behaviors seems to be a bit more savvy!

Entitlement is our response that we are “owed something.” It runs hand in hand with the reality if we think we’re owed something we must have concluded were missing something to begin with? The path to entitlement can be quick, perhaps we are skipped for a promotion? Or in anger we stew when a check came late in the mail that we considered ourselves “entitled too.” But on a spiritual level the roots of entitlement are a deep as the garden and our first parents. Make no mistake we can feel entitled to things that are rightly ours. If we work 40 hours a week we expect to be paid for it! There’s nothing wrong with that but spiritual entitlement is different and it’s one of the most sophisticated plans of the enemy to bring Christians to their knees in a pile of defeat.

Entitlement…spiritually speaking is this. It’s the sense we have been shortchanged of something, or had something that was rightly ours removed as an act of injustice.

Now we’re getting somewhere. Think for a moment of all the things that flash through your mind as you replay the last week, the last month, the last year, maybe even the last life that when you put the equation together you concluded you were cheated, you were robbed or you were unjustly denied. No go a step deeper and trace that experience through your life. What did it produce? Peace? I doubt it. Most likely over time bitterness, resentment and anger. The famous trail of tears.

The reality is there plenty in life to be resentful about isn’t there? None of us had perfect households. Some were downright abusive. None of us have had a perfect life I’ll wager either. The way entitlement plays out and takes hold of the spirit of a Christian is like this. After a perceived loss or something valuable we experience disappointment. Now most of us (if were honest with ourselves) subsequently experience resentment. If the loss is significant enough resentment is produced at the same time as anger. Now there’s nothing wrong with the emotion of anger but how we handle anger has everything to do with how it plays out in life. If our anger, even righteous anger parallels the feeling of resentment, we’re in trouble. We may not be overtly acting out yet but we’re already on a treadmill that is very, very difficult to get off of. When we maintain resentment and anger for any period of time we have cultivated the spiritual attitude of bitterness. I don’t have to write to anyone how difficult this one is to overcome. We all have journeyed down this path at one point. The course of human history could be described as one thesis on bitterness!

Bitter angry people always wind up at the cross road of entitlement. The hurt in our heart or what we like to call wounds at Sentinels For Christ may be self inflicted or the result of someone else’s direct or indirect actions but as sure as a dog returns to its….. well you know the rest of that sentence! Hurt, bitter people will resort to entitlement. A cosmic stiff arm back at God for allowing something to happen with the result being an expression and rationalization that “Ok if it’s that way then I’m going to do this.”

And that’s what our Psalmist is speaking of. Consider Psalm 19

But who can discern their own errors?
Forgive my hidden faults.
13 Keep your servant also from willful sins;
may they not rule over me.
Then I will be blameless,
innocent of great transgression.

I can’t off the top of my head anyway think of anywhere else in the Bible where it portrays so clearly about the human condition of entitlement, and for our discussion the gravity of the sin and reality of entitlement. Entitlement is the attitude in verse 13 of willful sins. Sins we know are against God and we commit them any way. Its easy to class some of the sins as a result of pain and trauma in our life. We were robbed of reasonable love and affection in our childhood so it makes sense we might seek to reclaim that through sexual sin. I get that. Some folks are stuck in pain that’s miles deep. But there’s another sin here David is speaking of, it’s the one that knows God is full of grace, full of compassion and forgiving. “It’s the one that says to itself, because I know God is like this I’m going to sin anyway.”

Ouch that’s brings its home doesn’t it. How’d you do this week with that type of sin, honestly?

The sins of presumption are the worst. It’s why the Psalmist writes don’t let them rule over me. Are you a Christian that presumes on the grace of God? Hopefully not as this scripture makes it clear that attitude, that presumption of entitlement is particularly dark. It’s referred to as great transgression and rightfully so. Presumption on the grace of God is always dealt with directly by God. Stay there long enough, it will lead to incredible brokenness. God wants us to trust Him, and a presumptive spirit is useless, I repeat useless in the Kingdom of God. I rather live in a commune of 100 brand new Christians making honest mistakes trying to live the new life than share a castle with a presumptive Christian. Not only are they literally hell on wheels; they’re poison to the spirit.

The task is to steer clear at all cost of even beginning down the road of entitlement or presumptive thinking. How can we do that? Strangely enough Psalm 19 provides an answer.

Psalm 19 is regularly cited as a praise psalm as it begins with “The heavens declare the Glory of God! We’ve heard this plenty if we been around church for even a short time. But take a look at the middle of the Psalm beginning at verse 7 and continuing to verse 11. Its all about the Word, the law of God. That’s right the law of God and its impact on the life of the believer and seeker of God. Its about where we as human beings choose to put our focus. It confronts us with the question what do we actually prioritize and contemplate on and what truths are the type that are worth keeping in our heart? Those truths are only found in the word of God.

You see if you want to avoid being a pretentious Christian who stomps on grace with an equal dose of entitlement and arrogance you can only avoid it by making sure you humbly bring yourself into the presence of God, regularly in a attitude of humility where you ask Him to reveal to you your shortcomings and the areas He wants to deal with. It’s always best to work with God in the journey of life, we can either grow through the process of obedience where we follow His word (assuming we’re reading it) and do the tough work of allowing ourselves though His Spirit to be transformed or we can grow (like I did) through the painful process of being broken again and again until we get it. Most of us I’ll wager again, (although perhaps wagering is a presumptuous sin?) have chosen to grow the latter way! As Saruman says to Gandalf,“ “You have chosen…The way of Pain!” (Yes I love that movie).

Yes Lord I need that more than I realize.

If you’re feeling the “tug of entitlement”… Beware. God doesn’t want us to experience this path as he knows far too well how deep that wound can go and how long it can take to get out of once we realize we are in it! Check your bitterness. You see the path that led you to it. God know your tears (Psalm 56). He’ll bring you through it if your willing to let Him direct the program.